Britt Johansson, a kickass photojournalist with a big heart and bad social skills follows a coed’s murder to the wilds of the US/Canadian border and lands in the crosshairs of an international crime ring…

…And she’s in way over her head.

Close Up on Murder: A Spirit Lake Mystery

L.A. Times photojournalist Britt Johansson is back in Spirit Lake recharging before her next overseas assignment, when two murders and a string of threats against her brother set her in action. Are they hate crimes, a long-buried act of revenge or something else? 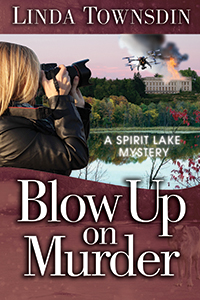 Blow Up on Murder: A Spirit Lake Mystery

Photojournalist Britt Johansson has returned to Spirit Lake, Minnesota, to heal from stress and anxiety after covering an explosion in a Nigerian marketplace, her recent assignment for the L.A. Times. But when a bomb at the nearby college kills one student and badly injures a young woman who means a lot to the Spirit Lake community, Britt is tested to find out if she can overcome her nightmares, find the killer and save more lives…including her own.

When a homicide with ties to a 20-year-old casino burglary and murder rocks the Spirit Lake reservation, photojournalist Britt Johansson does whatever it takes to get her story—and justice for the wrongly accused.

Drawn into the crosshairs of a vengeful gang, the cards are stacked against her. The FBI, tribal police, and even the man she loves warn her away. On her own, Britt has to beat the odds and expose the elusive gang leader, who won’t stop his vicious attacks unless she backs off.

And Britt never backs off.

Linda Townsdin writes the Spirit Lake Mystery series inspired by her wonderful childhood in northern Minnesota. Focused on Murder (2014), Close Up on Murder (2015), , Blow Up on Murder (2017), and Longshot on Murder (2019) have been called “complex murder mysteries with bone-chilling thrills and a little bit of romance.”

Townsdin worked for years in communications for nonprofit and corporate organizations, most recently as writer/editor for a national criminal justice consortium. Townsdin’s work included editorial and marketing assistance in projects involving cybercrime, tribal justice and other public safety issues.

In addition to mysteries, her short stories have been published in several anthologies. A member of Sisters in Crime, She Writes, Mystery Must Advertise and Amherst Writers & Artists (AWA), she co-chaired the 2017 Capitol Crimes Anthology. Townsdin lives in California. 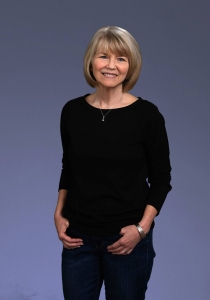